Yoann Bourgeois, a player at the service of Living Art 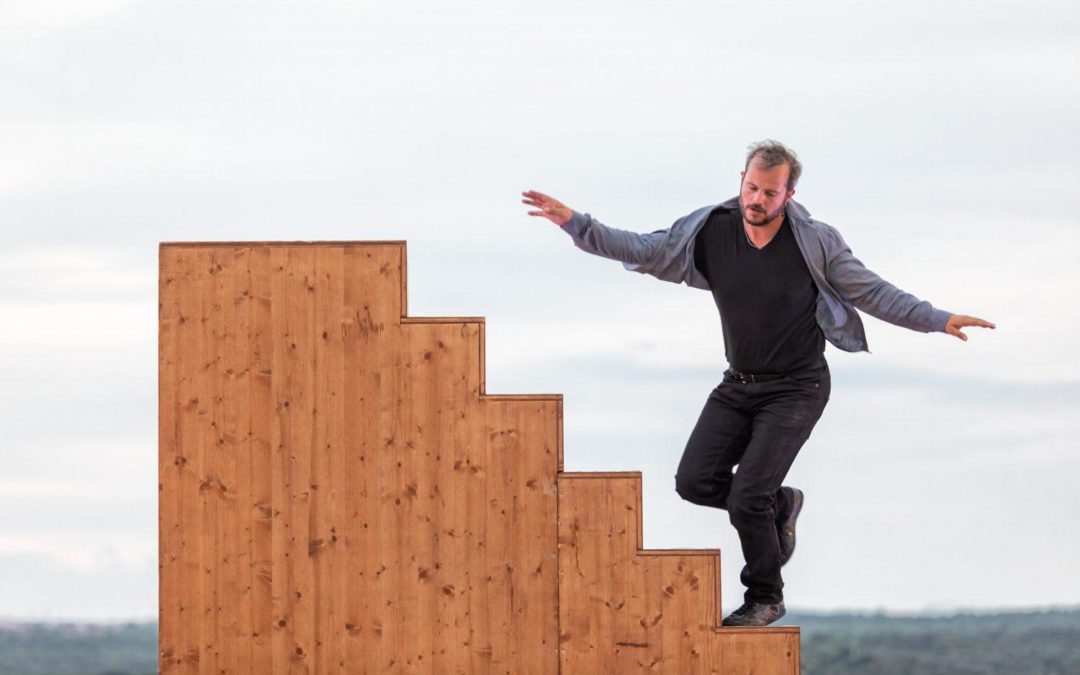 « My work does not stop, because I try to be in a permanent process of creation ». Yoann Bourgeois devotes his life to Living Art. Dancer, choreographer, circus artist, director, acrobat… The creativity of the man who defines himself as “a player” seems to have no limits, he is constantly looking for a point of suspension in order to offer his spectators an experience of vertigo and weightlessness. 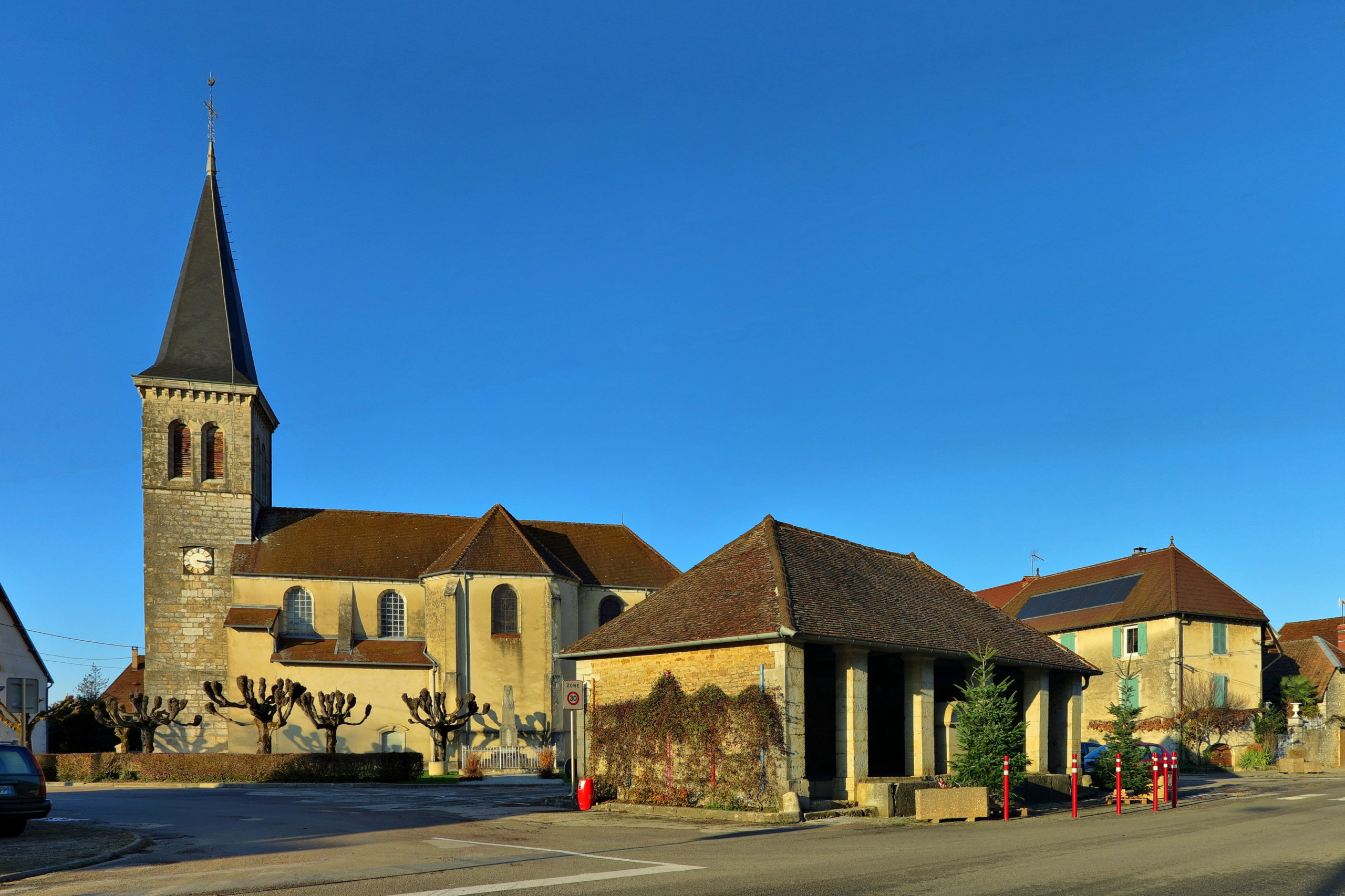 Born on September 7, 1981 to a mother who was a nurse and a father who was a sports teacher, Yoann Bourgeois grew up in Cramans, a small village in the Jura. His childhood is fulfilled and especially marked by the discovery of theater at the age of 9 when he plays a short story of Maupassant (The Umbrella). But it was at the age of 15 that Yoann Bourgeois had a revelation: his parents divorced and by chance they sold their house to one of the founders of Cirque Plume.

The teenager, with a curious mind and open to the world, decided to discover the world of the circus in greater depth and enrolled in courses in Besançon. His passion bursts into the open. The creator Yoann Bourgeois sees his world take on a new dimension thanks to an activity that allows him to emancipate himself and let his creativity express itself. This was a determining factor for the man who was not in phase with the traditional school system: « I couldn’t stay in place and above all I felt unable to know « what to do with my life ?» in a society where you are what you do ». 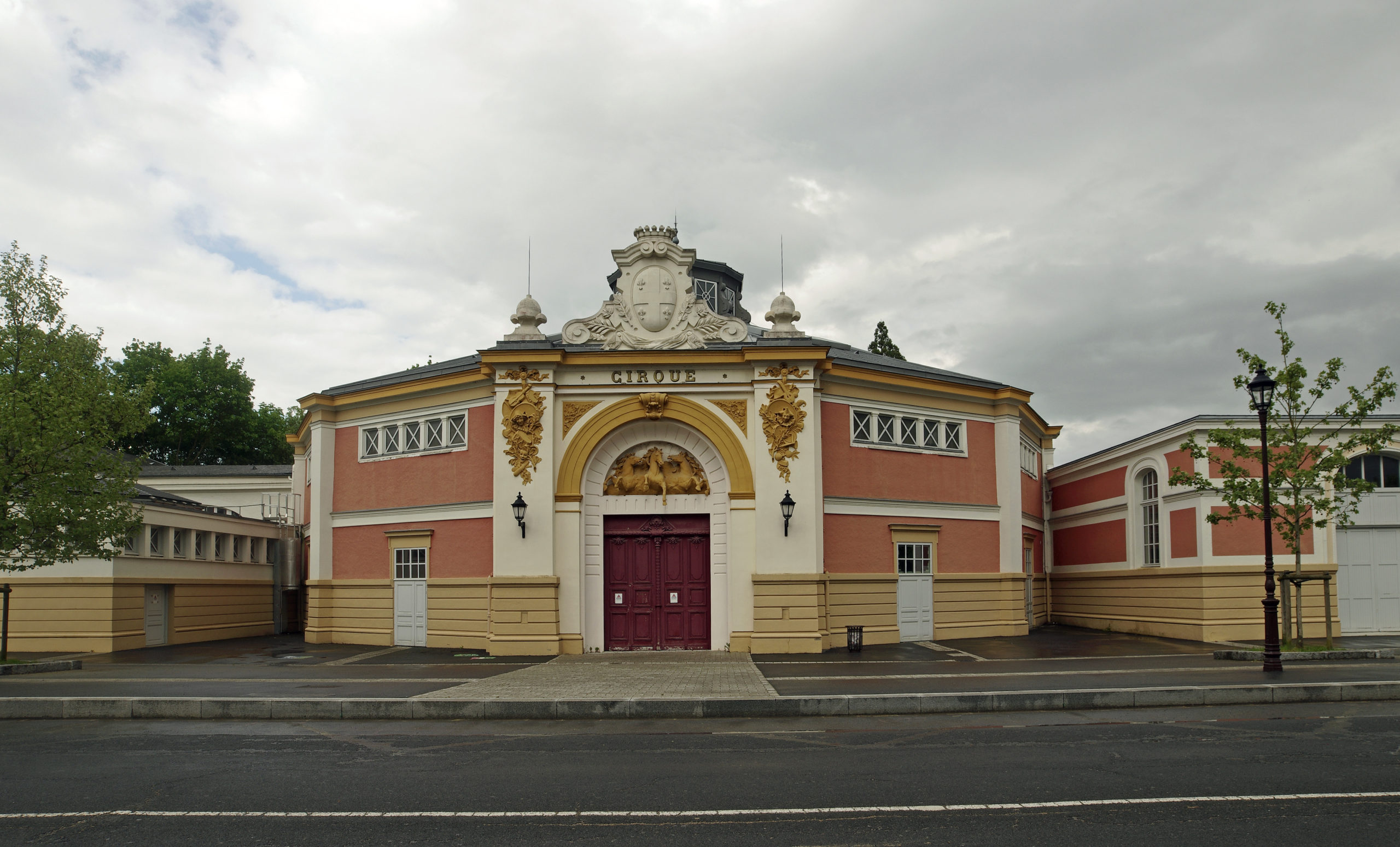 The beginnings of an artist with infinite creativity

With his academic background, Yoann Bourgeois started working with Maguy Marin. He was a permanent dancer at the Centre chorégraphique national de Rillieux-la-Pape from 2006 to 2010, where he became known for his roles in May B and Umwelt.

During his summer vacations, he returns to his roots in the Jura. He will begin his creative process by gathering some friends around the collective Atelier du joueur, based in particular on the theme of vertigo. « I found the people I love to spend an intense time of life, and the game seemed to me to meet this requirement. The adult society seemed sad to me, I did not want to grow up… ».

It is a strong time in the course of Yoann Bourgeois. This collective allows him to realize his need for freedom and he creates his Company Yoann Bourgeois in 2010 with the dancer Marie Fonte, the engineer Nicolas Picot and the diffusion manager Geneviève Clavelin. The artist can then create his own shows. 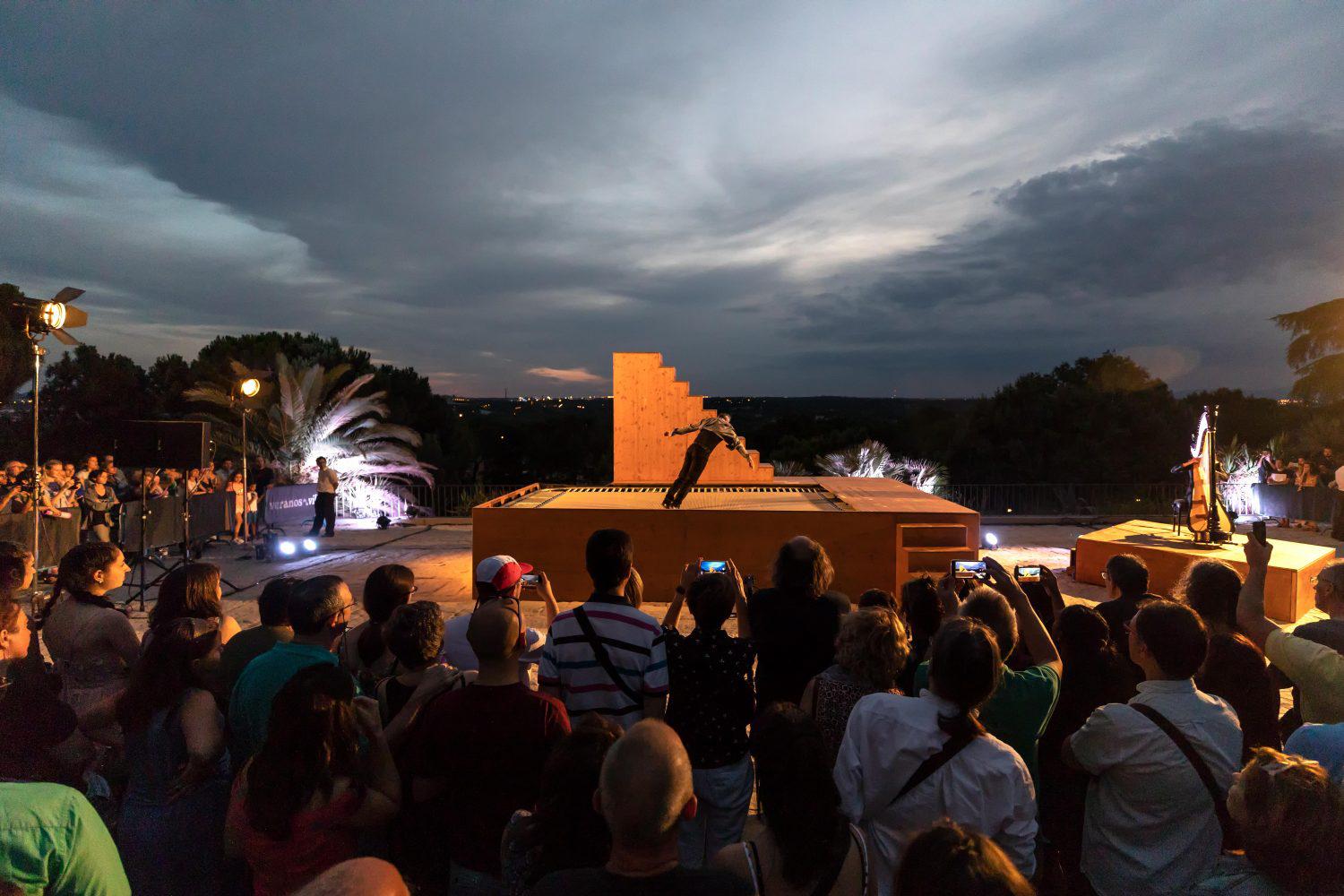 Yoann Bourgeois during a performance

The Compagnie Yoann Bourgeois is quickly noticed with its first creation, Cavale, a duet performance about vertigo and flight. The success is then confirmed with L’Art de la Fugue in 2011 where Yoann Bourgeois and Marie Fonte play around the fall and disappearance on the work of Jean-Sebastien Bach. The show was an immediate success and was acclaimed by the public and the press. Yoann Bourgeois became an associate artist of the MC2 in Grenoble.

He continues his creation by positioning himself on the relationship between body and force. He then presented at the Biennale de la danse Celui qui tombe and Minuit, Tentatives d’approches d’un point de suspension at the Théâtre de la Ville. Once again, Yoann Bourgeois made a lasting impression. He was then appointed director of the National Choreographic Center of Grenoble (CCN2) in 2016, a first for a circus artist. His multidisciplinary openness, his innovative and sharing pedagogy, his will to decompartmentalize the arts will allow him to have a wider recognition among his peers. 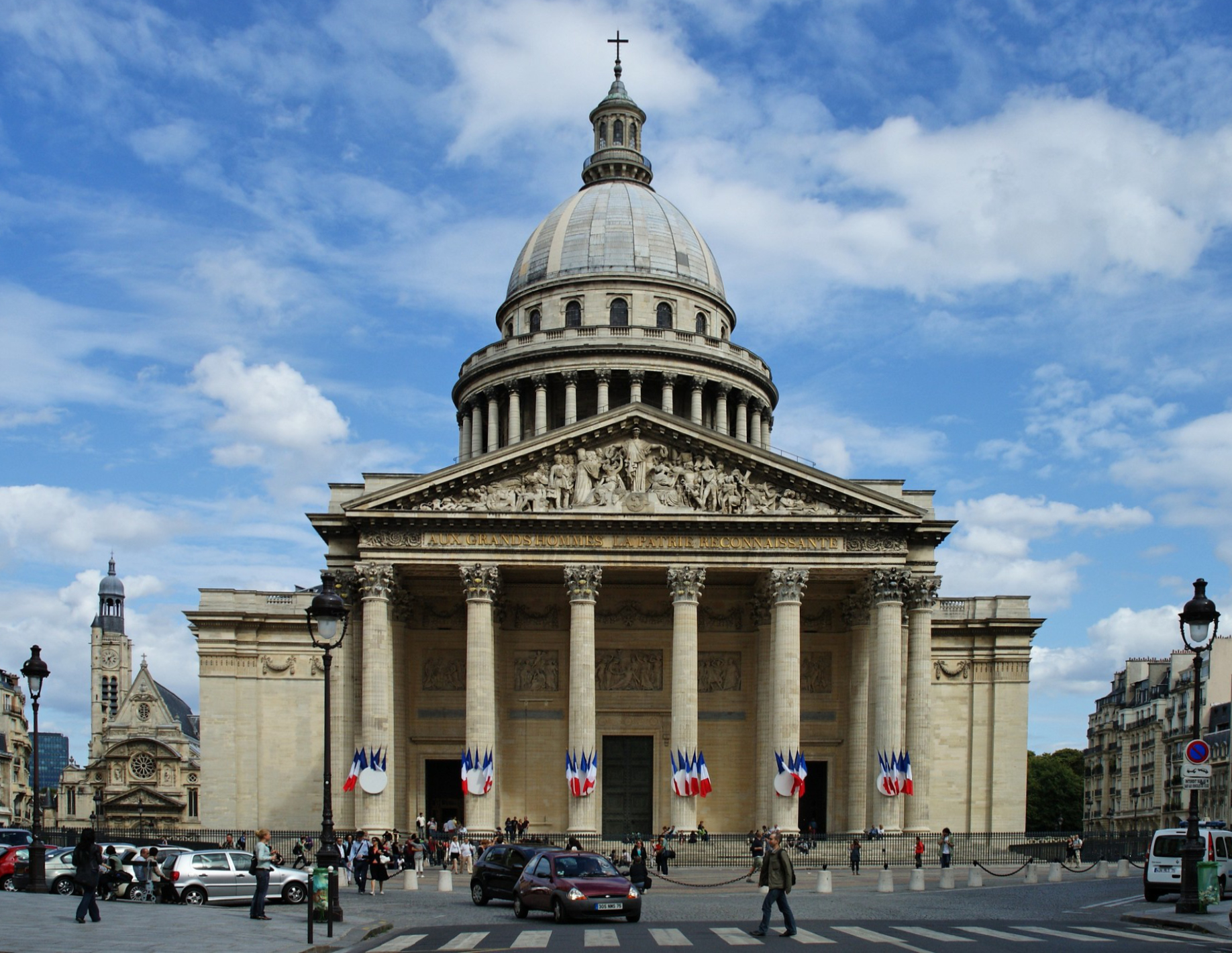 2017 will be another highlight in the career of Yoann Bourgeois: he proposes a performance in the famous Pantheon, hailed by the New York Times, which describes the artist as a « dramatist of physics ». This year, he was awarded the Chevalier de l’Ordre des Arts et des Lettres. The choreographer will then stage the finale of the 18th Biennale de la Danse in 2018. For this he creates Passants as well as Fugue VR in virtual reality. « There is a whole new field that interests me enormously: it is the relationship with the digital world. Today I am looking for bridges between live art and the digital field ». 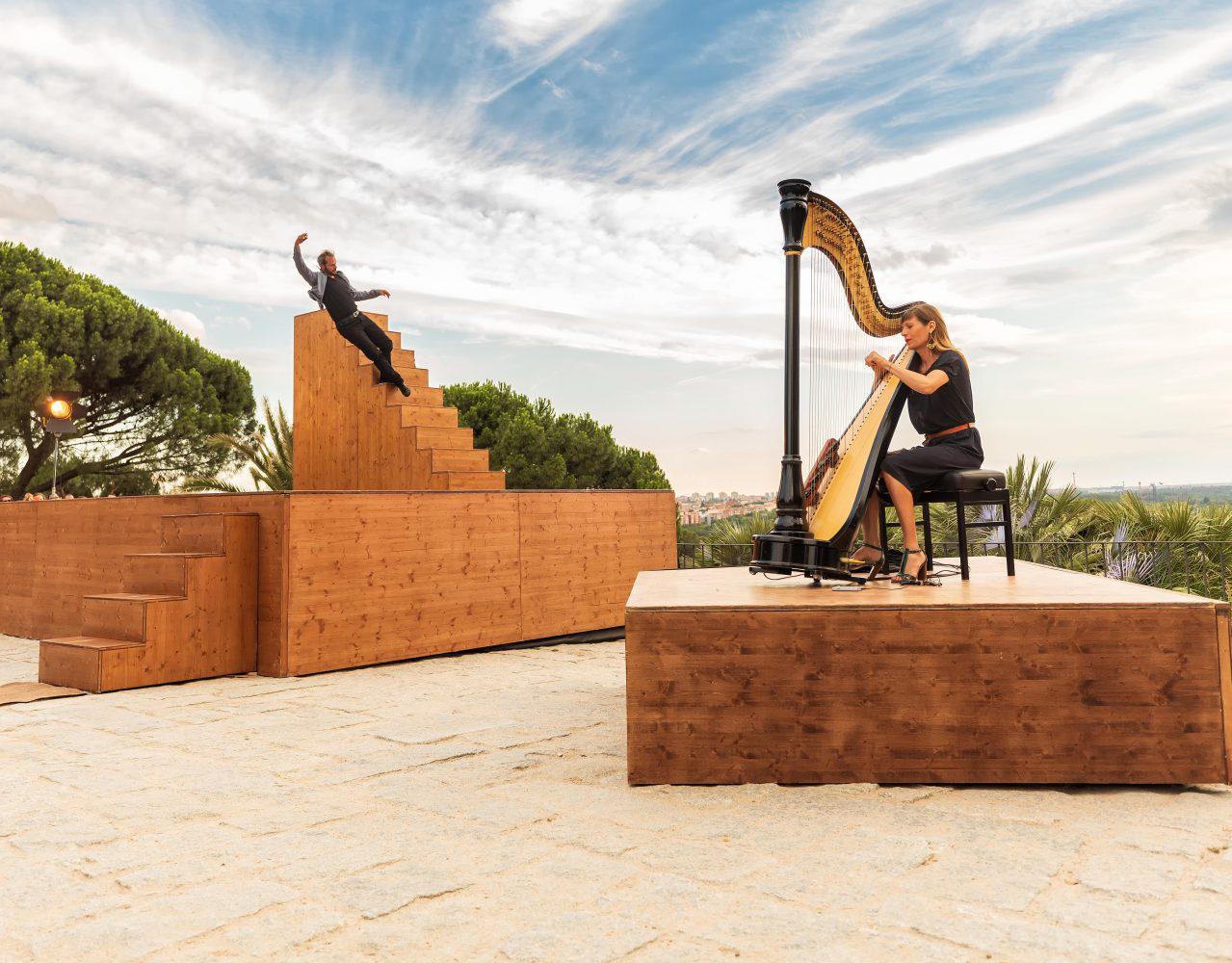 Far from resting on his successful works, the tireless Yoann Bourgeois pushes his creativity and expands his universe by collaborating with prestigious companies such as the Göteborg Opera and the Nederlands Dans Theater but also international artists (FKA twigs, Coldplay, Missy Elliott…). Beyond their artistic quality, the works of Yoann Bourgeois are also committed. « What interested me was to look for the active principle of each thing, to represent a humanity, our humanity and I think that in this show I try to give my vision of our humanity and I see us as being in struggle, as having to hang on, as being crossed by great powers that surpass us ». His next project should be articulated around environmental awareness and poetic research within a sensitive natural space (ENS).

Yoann Bourgeois: It is a small humanity, which simply tries to stand, despite all the constraints that are exerted on it. And, indeed, each mechanical principle can become very perilous.

Commentator: A tray that turns, tilts, swings. On it, 6 beings in balance sketch a body to body with this moving floor. Yoann Bourgeois, an artist from the New Circus, is a poet-researcher who intertwines the arts. With his accomplice Marie Fonte, he built his latest creation, “Celui qui tombe”, around the relationship of force, a kind of game of vertigo, where the man undergoes, more than he acts.

Yoann Bourgeois: In fact, each physical constraint generates a situation. It is through the physical constraint that a theatrical situation appears, and it is a little bit the sense of this show, this wonder to see fictions arise from very concrete elements, from physical elements.

Commentator: At the same time scenographic object and living mechanics, the giant base cracks, vibrates. Subjected to different phenomena, from balance to centrifugal force, the 6 actors become vectors of force. They take us towards a poetic imagination…

Julien Cramillet: We really start from this physical principle, we have our path, we have our way, we have to go and do that, we meet and, emerges this poetry…
Marie Fonte: … by the physical constraint…
Julien Cramillet: … with this physical constraint.
Marie Fonte: We don’t really tell a story, but perhaps there are signs that we produce that allow us to tell ourselves, very personally and individually, things about what we propose.

Commentator: Carried by the melody of “My Way”, the interpreters end up taming the machine. They run, get closer, sketch a choreography, and it is simply magic! Presented at the Opera of Lyon on September 20 and 21 as part of the Dance Biennial, “Celui qui tombe” will be previewed this Saturday at MC2.