Thierry Bisch, contemporary artist of the animal cause 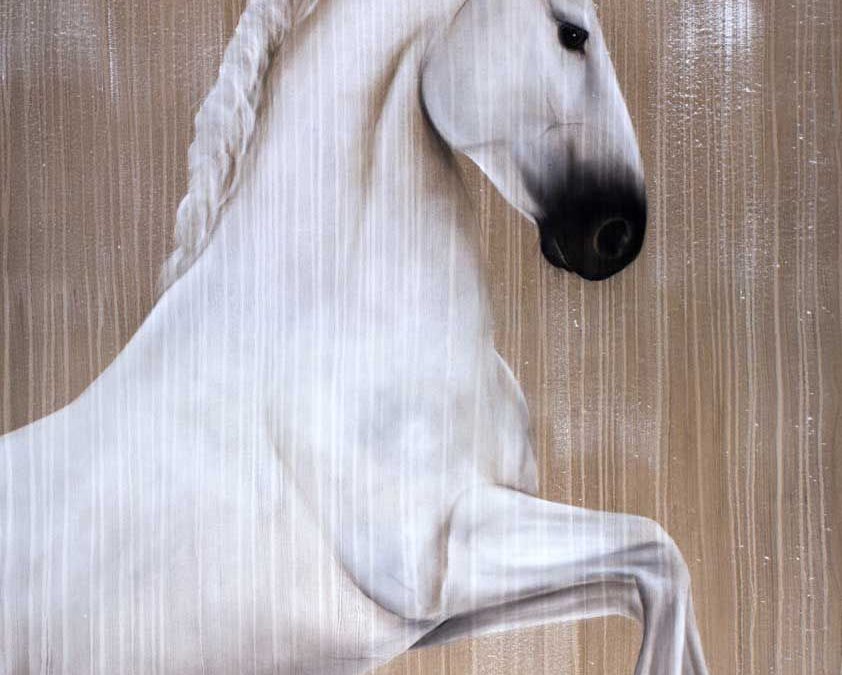 A priori, nothing predisposed Thierry Bisch to a career of artist, if it is not a great grandfather painter, Louis Janmot. Born in 1953 in Strasbourg in a family of industrialists, the painter known worldwide for his animal portraits discovers the work of his great-grandfather and, by there even, his vocation. Discovery!

In 1978, Thierry Bisch settles down in Toulouse and integrates the School of the Fine Arts, where he discovers a passion for the drawing and the live model. Six years later, he arrives in Paris and co-founds “Réflexes”, an independent rock label. At the same time, he also participates in the graph-art magazine “Zoulou”. A multi-talented artist, he wrote and produced a film about the fashion designer Thierry Mugler, for whom he became personal assistant for photography and special projects. With Mugler, Thierry Bisch travels the world, from Russia to China, through the United States and Africa. In 1989, his mentor pushed him to devote more time to drawing, which he did, with the success we know today…

The painter of the animal cause

Until 1995, Thierry Bisch devoted himself exclusively to the painting of children. It is only in 2002 that he starts to paint animals. All the animals. Domestic animals, wild animals from Africa or Asia… he is passionate about purebred Arabians, finding their anatomy particularly interesting in painting. The artist will however restrict the field of animals in which he is interested after he discovered the harsh reality of the 6th extinction. From then on, Thierry Bisch devoted himself exclusively to the painting of animals threatened with extinction, concerned as he was about the fate of biodiversity. Pointing the finger at consumerism as the main responsible for the damage caused to ecosystems, he joined forces with the Prince Albert II of Monaco Foundation to try to change things.