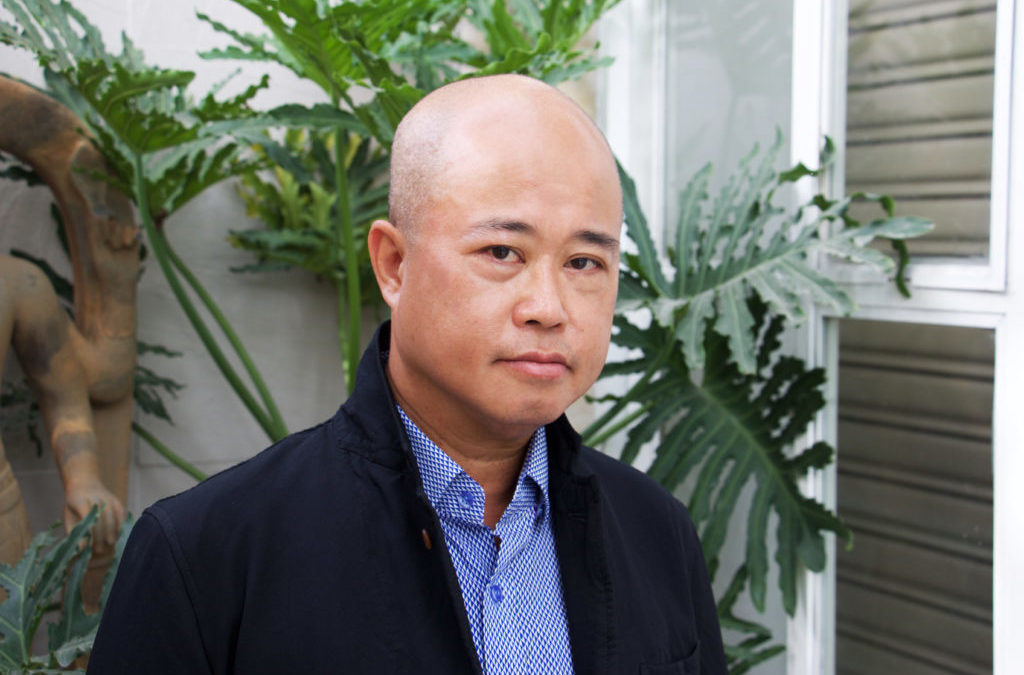 A Vietnamese-American nationalized artist, Dinh Q. Le has an extensive list of outstanding photographic works to his credit. His unparalleled photographic weaving technique has made him a prolific figure in the Vietnamese artistic landscape. Let’s discover the artist and his works in the following lines!

Dinh Q. Lê was born in 1968 in Hà Tiên, a city located on the edge of Cambodia. He lived a tragic childhood marked by the Cambodian-Vietnamese war that divided his family and forced him to flee. After surviving the war, he lost his older brothers and lived in Thailand before moving to Los Angeles, USA. After a successful school career, Dinh Q. Lê obtained a BFA degree in photography at the University of California at Santa Barbara. He soon tried his hand at photography and his originality was evident in his mat weaving technique. Building on this success, he continued his studies and obtained an MFA degree at the School of Visual Arts in New York, which allowed him to acquire knowledge in terms of installation, sculpture and urban intervention.

Through his photo strip weaving technique recreated from a planting process, Dinh Q. Lê will realize throughout his career many works. Among the most representative, we distinguish among others:

– Cambodia Splendor and Darkness, an exhibition made in 2000 at the Speed Art Museum, Louisville, Kentucky;

– The Monuments and Memorials collection of photographs

– Immolation in the Additive and Substractive, 2013

These melancholy works reflect the artist’s fears and anxieties as she exorcises her experiences. Dinh Q. Lê has also worked with victims of war to help them evacuate their trauma. Many of his works are largely inspired by this. Throughout his flamboyant career, these artworks have been exhibited around the world, earning the artist awards including the Gunk Foundation Public Project Grant in 1998 and the Prince Claus Award in 2010.