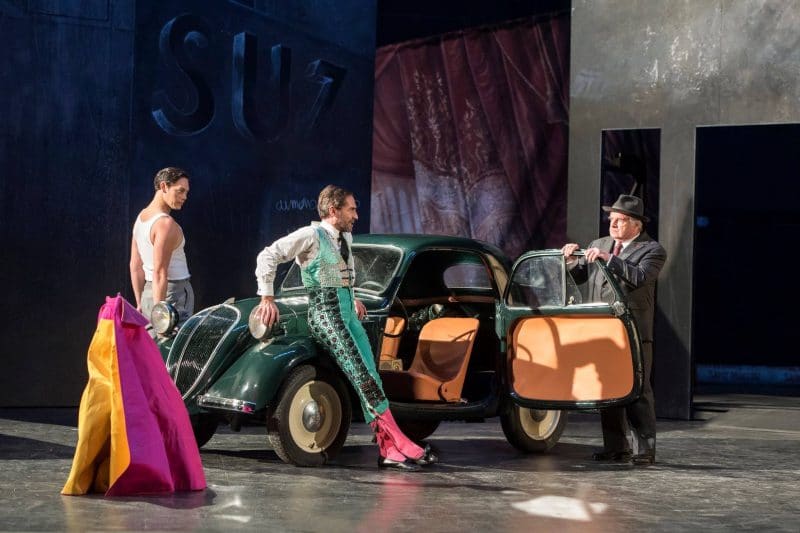 After months of closure, theaters are slowly reopening their doors to the delight of fans and enthusiasts, like Marc Ladreit de Lacharrière, who is also the owner of many Parisian theaters. Great classics, comedies, dramas, improvisation… The program will delight everyone’s tastes! We propose you to discover the plays not to be missed in Paris during this so much awaited new season.

The theater of the Madeleine created the surprise with the play ” Les Grandes Ambitions “, written by Hadrien Raccah and which will be played by Philippe Lellouche, Estelle Lefébure but also… Matt Pokora! The singer will indeed make his first steps on the Parisian stage from September 17 to October 10. An experience that follows his first role in the TV movie “Le premier oublié” alongside Muriel Robin, which received a standing ovation from the public and professionals.

From October 5 to January 2, 2022, the Théâtre de la Michodière will host “Le Système Ribadier” by Feydeau. This famous play was directed by Ladislas Chollat and will be performed by Patrick Chesnais, Isabelle Gélinas, Nicolas Vaude, Benoît Tachoires, Emmanuel Vérité and Elsa Rozenknop. This comedy allows the audience to enjoy one of Feydeau’s most memorable works.

The Bouffes Parisiens theater will bring together on stage two talented actors, namely Niels Arestrup and François Berléand. From September 29 to January 2, 2022, they will share the bill of “88 times infinity” by Isabelle Le Nouvel, who previously wrote “The Scotsman Syndrome” with Bernard Campan. The direction of this play has been entrusted to Jérémie Lippmann, who will also direct “Guilty”, a play performed at the Marigny theater.

The Marigny theater will allow Richard Anconina to play on the boards for the first time, or almost. The actor had already played in a play during the 80s, but without success.
“Guilty” is an adaptation of a successful Danish film (“Den Skyldige” or “The Guilty”), directed by Gustav Möller and Emil Nygaard Albertsen. The play will run from August 31 to December 30.

#5 “Between friends” at the BO Saint-Martin theater

“Between Friends” is an improvised play that will run from September 15 to December 29. The actors Esteban Perroy and David Garel will offer the audience of the BO Saint-Martin theater a friendly and original moment since it is an improvisation show. The surprise of what awaits them is total!