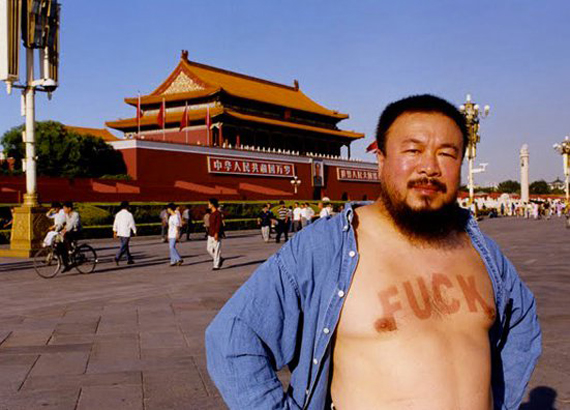 In the panorama of oriental contemporary art, the contribution of Chinese artists is truly remarkable. There are many names of eminent personalities, who have produced magnificent works. Ai Wei Wei unquestionably belongs to this kind of artist, both fascinating and committed. Focus with John Dodelande.

China’s new economic policies, decidedly more open to international markets than in the past, have allowed the free circulation of works of art, allowing Chinese artists to make themselves known throughout the world. Having grown up in a country that was going through a flourishing financial period, in the midst of an economic boom, Chinese artists were able to train on a ground rich in stimuli, while remaining firmly anchored to their origins and the strong traditionalist culture of the homeland.

Ai Wei Wei is one of the world’s best known artists. His provocative blend of Chinese history and tradition within an entirely contemporary practice serves as a form of human rights activism, cultural commentary and critique of the global power imbalance.

He was born into a family of artists. He graduated from the Beijing Film Academy and moved to the United States to begin his artistic career. He is considered the most famous Chinese artist by the entire international art community. He is an architect, designer and very active in politics. He also collaborated with two Swiss architects on the design of the Bird’s Nest, the stadium for the Beijing Olympic Games inaugurated in 2008.